Awards totalling $2,000 have been made available annually through gift from friends, family and the Midwives Association of British Columbia, in memory of Carol Hird (1946-2020), for students entering the Bachelor of Midwifery Program who have demonstrated an interest in practicing in underserved communities. Preference will be given to candidates who are (1) First Nations, Inuit, or Métis students or (2) from underserved communities. Financial need may be considered.

Carol was born in Hull, Yorkshire, England, and completed a nursing qualification at Kingston General Hospital in Hull and a Midwifery Teaching Diploma at the University of Sheffield before immigrating to Canada in 1972. She was a member of the Midwives Association of BC and served as an executive for the International Confederation of Midwives for nine years, including as President in 1993. In 2005 Carol was honoured by the Midwives Association of BC for her work to advance the recognition of professional midwifery in British Columbia, and in 2009 received a North Shore Health Care Award for her leadership accomplishments. The awards are made on the recommendation of the UBC Midwifery Program.

For more information about Carol and this fund please click here. 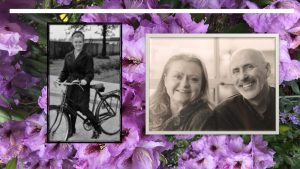