The Symbolism behind the UBC Midwifery Logo

When we first thought about a logo for our program, the universal birth symbol immediately came to mind. I first learned about it after visiting The Textile Museum of Canada in Toronto and seeing, in their library shop, an article by Max Allen, titled The Birth Symbol, that appeared in the Oriental Rug Review in 1983. Then for many years I saw different forms of the birth symbol on the cover of the well known scientific journal Birth: Issues in Perinatal Care. The question then came as how to depict it for our students and the Program office. Being a novice quilter, I reached out to midwife and nursing professor Alison Rice who is an expert quilter to see if we could design a birth symbol logo in fabric. The finished product which Alison and I made was hung first in the lobby of our original offices in the lower floor of the Instructional Resources Centre. 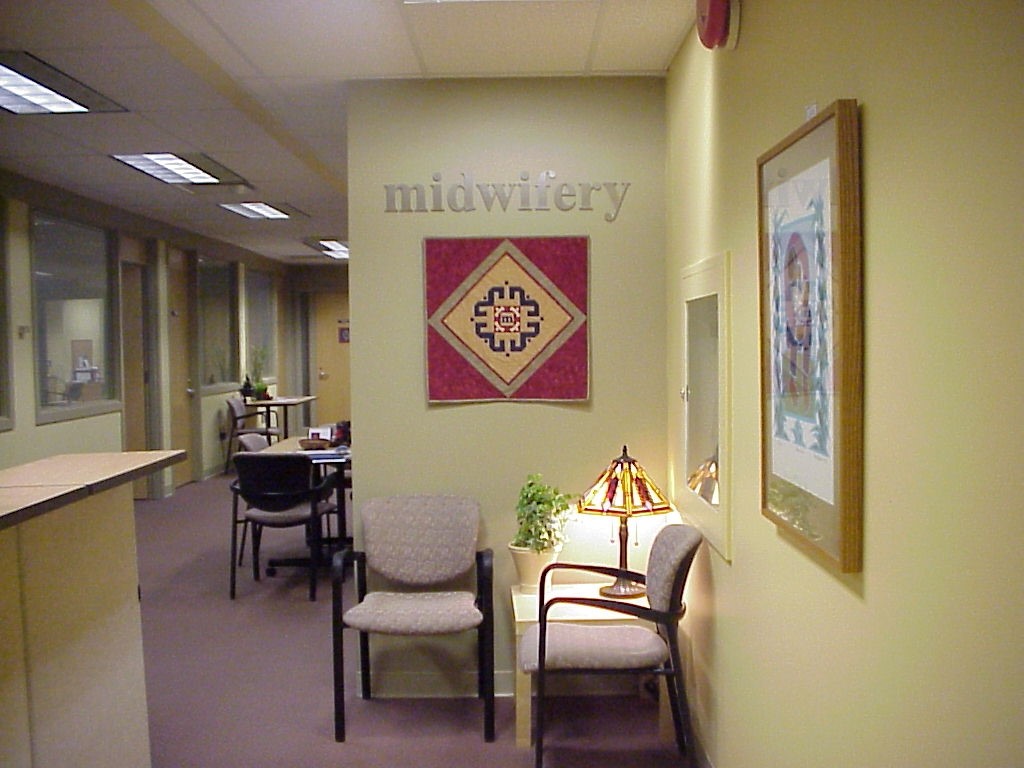 The original now hangs in the Midwifery and Family Practice offices in the Strangway Building. 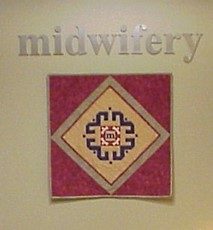 At the time of the 10th anniversary of the program, we decided it was time to update the logo. In 2012 the hands supporting the birth symbol were added. These were to symbolize the hands of the midwife supporting all aspects of birth. 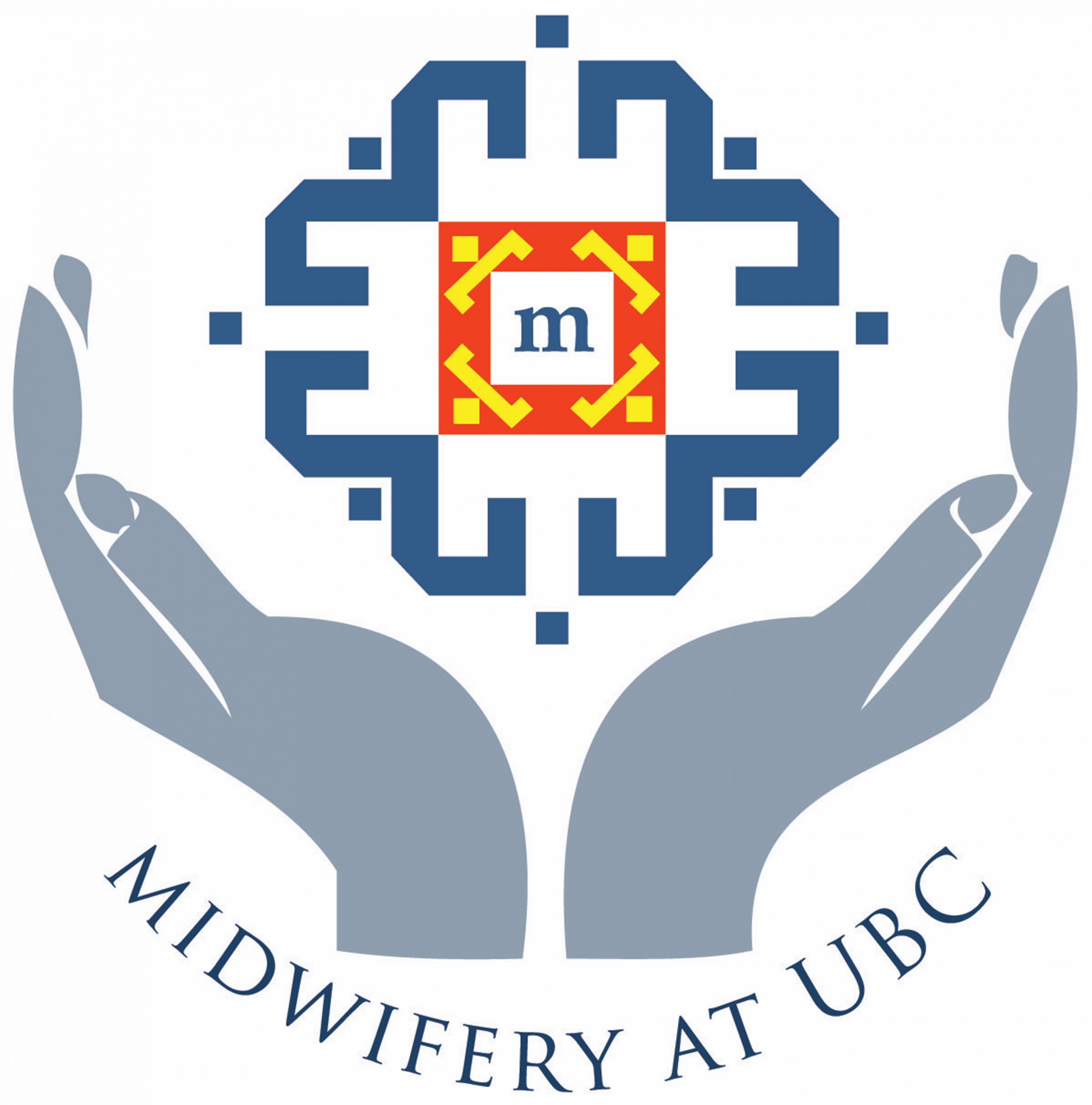 Below is the excerpt from the chapter Birth and It’s meanings: Representations of Birth in Art (E. Carty, author) in the text Comprehensive Midwifery: The Role of the Midwife in Practice, Education and Research published by McMaster University. This piece explains the birth symbol in more detail.

“Another form of artistic representations of fertility and birth is found in early rugs from Turkey, Kurdish rugs, Qashqai, Lori, and Shah Savan rugs of Iran and the Balusch and Turkoman rugs of Central Asia. All have a motif that has been described as a fertility/birth symbol, a simplified graphic design of a pregnant female, symbolizing a veneration of birth and generation of life. (7) There are many symbols from many traditions that symbolize fertility and childbirth in rugs and textiles, and just as many textile specialists who say it is difficult to interpret the meaning of symbols developed thousands of years ago. Nonetheless the fertility/birth symbol in textiles has some common characteristics that have been described: a central diamond, sitting on point, with pairs of curved or hooked lines projecting from the top and bottom points (Figure 1-2). The diamond represents the body of the pregnant woman and the lines her arms and legs. In some versions, a small diamond sits inside the larger one or the motif is expanded with more hooked or curved lines.” 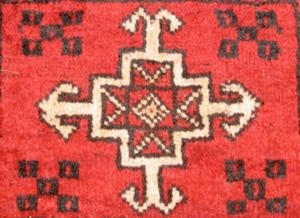 Figure 1-2. Persian rug displaying fertility/birth symbols.
This is a photo of a rug owned by Elaine Carty.