Having a baby at home can save thousands of dollars over a hospital birth and is just as safe for low-risk births, according to a new UBC study. 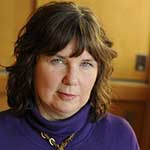 “Cost savings are associated with the place of birth,” explained lead author Patricia Janssen, professor in the School of Population and Public Health at UBC. “It just makes sense that if you have a home birth you’re not paying hospital charges.”

Janssen says the savings indicates positive health outcomes for planned home births with a registered midwife. “If there were ‘hidden’ health risks associated with planned home births, such as a brain injury diagnosed after the neonatal period, these risks would show up in costs to the health care system — and we are not seeing them,” she noted.

These findings follow earlier research by Janssen that demonstrated that planned home births resulted in fewer interventions and similar rates of adverse newborn outcomes compared to planned hospital births among women who met the criteria for home births.

“Planned home births attended by regulated midwives save our healthcare system money,” said Janssen. “We’re trying to produce the kind of data that will inform decision-making both at the policy level and at the individual level. We want women to make the best choice for themselves.”

The study, Costs of Planned Home vs. Hospital Birth in British Columbia, is published in PLOS ONE.

Find other stories about: Child and Family Research Institute, Home births, Patricia Janssen, School of Population and Public Health
Home birth is available to women in Canada who meet eligibility requirements for low risk status after assessment by regulated midwives. While UK researchers have reported lower costs associated with planned home birth, there have been no published studies of the costs of home versus hospital birth in Canada until now.

Planned home birth in British Columbia with a registered midwife compared to planned hospital birth is less expensive for our health care system up to 8 weeks postpartum and to one year of age for the infant.

Costs of Planned Home vs. Hospital Birth Janssen_PLOS one