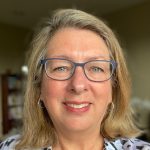 Kim began her career as a nurse and became a midwife in 1996, after 16 years of nursing practice. She started teaching at UBC in 2004 and became a tenure-track instructor in the UBC Midwifery Program in 2014 and an Associate Professor of Teaching in 2019. She is also an Associate Member of the UBC Department of Obstetrics and Gynecology. Kim is a gifted educator and a strong advocate for the midwifery profession, serving on many provincial and national boards. She was the 2nd president of the Canadian Association of Midwives (CAM) and served for two terms. She was also the first Head of Midwifery in the Fraser Health Authority, the largest health authority in British Columbia. In 2017 UBC CPD established a formal CPD program for midwifery in partnership with the Midwives Association of BC, the UBC Midwifery Program, and the BC College of Nurses and Midwives. Her interests include normal birth, evidence informed care, risk management, neonatal and maternal emergency care, and knowledge translation through simulation-based learning.