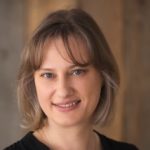 Jane trained as a nurse in England and worked in burns and plastic surgery. In 1993 she spent a year travelling around Africa and when she returned started her family. After having her 3 boys, she realized midwifery would be the career for her. Initially she ran prenatal classes with the National Childbirth Trust, and then when her youngest was 6 months old, started her BSc in Midwifery. Graduating with first class honours in 2002, she worked in both hospital and community settings. In 2004 her family moved to British Columbia. Initially working as a nurse in BC Women’s Hospital, Jane then founded South Delta Midwifery, and became the first Head of the Midwifery Division in Richmond Hospital. Since she began practicing in BC, Jane has supported UBC students within her practice. In 2015 she took the role of Lead, Clinical Faculty and Placement Support with UBC Midwifery, and is now the Lead on the International Bridging Program.