Elaine Carty, Professor and Interim Director of Midwifery in the Department of Family Practice, was conferred the degree Doctor of Science honoris causa from McMaster University.

Dr. Carty is a nurse, midwife and one of Canada’s leading pioneers on several women’s health issues. She helped introduce midwifery into the Canadian
health care system and was the founding director of UBC’s Midwifery Program. 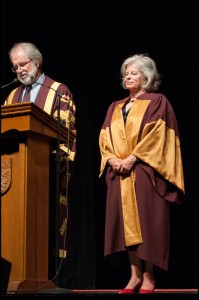 Dr. Carty was conferred the honorary doctorate and delivered the convocation address at McMaster University’s Convocation Ceremony on May 24, 2013.

McMaster University confers the honorary Doctor of Science degree for outstanding achievement in the pure and applied sciences, usually through research. 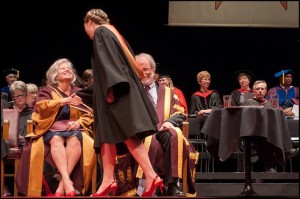